Lunch Lecture by Dr Pijika Pumketkao‐Lecourt, (IPRAUS, Paris) about the evolution of the notion of heritage from national monument to local 'community heritage' at the crossroads of local and international concepts and approaches.

Lunch is provided. Registration is required.

National heritage
In Thailand, heritage terminology emerged in the mid-19th century through the discourses and practices of Siamese elites in relation to the construction of cultural identity in support of nation-building projects. The monuments and sites registered as "ancient monuments" (boransathan) had been used to illustrate the hegemonic national narrative that articulated the dominance of Siam over other principalities located in the various regions that were incorporated into Siam's national territory at the turn of the 20th century. Moreover, the majority of national heritage relates to Theravada Buddhism, such as stupa (chedi), places where political leaders and local populations worship Buddha. In this context, religious buildings were reassessed and became the identity and boundary markers of the Thai nation. During the 1960s and 1980s, the central gouvernment founded the authorised restoration approach, which concerns in particular the secularization of heritage discourse and practices. In so doing, the intangible dimension, such as the phalang saksit (sacred power) of edifice, is excluded and replaced by scientific approach and knowledge.

'Community heritage
Since the 1990s, the sense of cultural heritage has been renewed in favour of the increasing power of citizen actions and participation. Civil associations for the defence of cultural heritage identify and promote 'community heritage' (moradok chumchon), aimed at defending points of view that differ from the stance taken by national institutions. In this perspective, the valued object is used as a cultural resource for forging local “community” identities (chumchon), for incorporating them into heritage and urban management so that they can survive rapid social and urban transformations. These associations bring customary practices and local value systems to the fore and reconstruct local urban history, which have until now been neglected at the expense of a focus on a national vision of heritage. In this way, the intangible dimension refers back to the meaning of heritage, with a new status that concerns not only the symbolic dimension, but also local construction techniques and the social relationship between local people and the sacred edifice. This marks a turning point in the way of considering cultural heritage and of shaping the conservation project in Thailand.

PhD thesis
In het PhD thesis Pijika Pumketkao explored the evolution of the notion of heritage at the crossroads of local and international concepts and approaches, from national monument to local community heritage. It examined the role of 'community heritage' and citizen participation in the construction of the field of heritage in Thailand from 1990 to 2014, a period of transition of power from centralist State policies to the principle of decentralization of heritage management. It focused on citizen involvement in Chiang Mai, capital of the northern region, which provides an informative study site due to there being strong local dynamics and involvement in the conservation process.

This research is related to the academic field of critical heritage studies, aimed to deconstruct hegemonic discourses of state institutions and international organizations such as UNESCO and to demonstrate the plurality of practices and significance associated with heritage. It exposed the gap and contradiction between the perception of inhabitants and the approach of experts, through the controversies surrounding flagship conservation projects in the northern region, run by State agents and the Little People in Conservation civil association (LPC).

Pumketkao's study hypothesised that these controversies were the perfect moment for dialogue and negotiation, enabling the hybridization of diverse visions and referents and allowing heritage notions and practices to evolve. To defend her hypothesis, she set up a two-fold analysis of conservation projects and vocabulary relating to these projects by combining architectural, historical and socio-anthropological approaches. The projects were investigated through the conflict situation, considered as 'Third space' (Bhabha, 2006) for their potential for innovating and renewing heritage practices. In parallel, she focused on the vocabulary and discourse that emerged from the LPC association's translation and reinterpretation of international concepts such as "tangible and intangible cultural heritage", through their project to restore the Pongsanuk monastery. She considered this hybrid discourse to be simultaneously an indicator of a new notion of heritage and as an indicator of difference between local worldview and Western concepts or the "untranslatables of heritage" (Cassin and Wosny, 2016). This in-depth analysis allowed me to reveal that the complexity of the field of heritage cannot be reduced to a simple distinction between endogenous logics and external influences; it involves the local adoption, assemblage and adjustment of international concepts and apparatus that generate the hybrid discourses and practices adapted to a specific cultural context.

Dr Pijika Pumketkao‐Lecourt is an architect specialized in heritage conservation. She received her Ph.D in architecture from the University of Paris-Est (France) in January 2019. Her research interest is the circulation of international heritage concepts and apparatus and their adoption, translation, reinterpretation, assemblage by local civil societies in Asia. Her Ph.D proposed a twofold analysis of conservation projects and vocabulary relating to these projects by combining architectural, historical and socio-anthropological approaches and focused on citizen engagement in the conservation process in Chiang Mai (Thailand).

She has been conducting fieldwork in Chiang Mai for more than seven years, during which time she coordinated the collective research programme entitled "Words of Heritage in Urban and Architectural Projects in Indonesia and Thailand: Circulation, reception, creation (Patrimot)".

Please register via the web form provided on the IIAS website (by Monday, 13 March 09:00 a.m. if you would like IIAS to provide lunch). 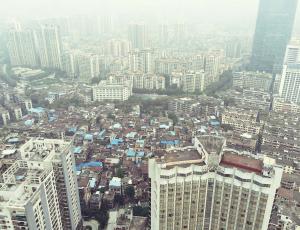 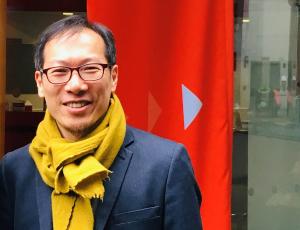 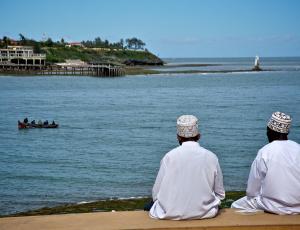