A transdisciplinary network to promote ecologically and socially inclusive revitalization of rivers and the landscapes/riverscapes, cities and neighborhoods that co-exist with them.

River Cities as Method (RCM) is a multi-sited working group under the Urban Knowledge Network Asia at IIAS, established to pursue action research on the river-city nexus in different parts of the world. The river-city nexus provides a lens through which to critically analyse relationships between human settlements and rivers over time, as well as a platform to engage in collective action to revitalise local river ecosystems and the communities adjacent to these rivers.

The outcomes of this initiative will be practical in nature—culminating in local urban revitalisation initiatives—as well as knowledge-based, leading to new insights about “transformational resilience” for theory and for university/school curricula.

The river-city nexus is about “disruption”, and about recovery and resilience. “Disruption” refers to human interventions to exploit and alter the natural course of rivers—and vice versa—the impacts of rivers and river water on human, animal and plant life in urban areas. This cycle is frequently exacerbated by natural and climate change factors.

In RCM, project teams will analyse the river-city nexus in different parts of the world, in comparative perspective. A river will be the entry point in each case, with a focus on the interaction between this river and the communities that interact with this (stretch of) river. Each team will comprise local scholars, scientists, and activists, who have as their mission to engage with a broad range of stakeholders in seeking to revitalise the stretches of river that they select as case studies.  At the same time, each team will also engage with disruption issues in the other river city teams—thus helping to build a network. This network seeks to be truly global in nature, with learning and innovation between and within the global North and global South.

RCM adopts a trans-disciplinary approach, bringing together knowledge of river ecosystems from the humanities, social sciences, and natural sciences around three main project components, which strengthen each other: river bios (histories and stories of the river), spatial analysis (layer mapping of the river and its environs) and transformation (activism to achieve revitalization of the river and adjacent communities, and ultimately transformational resilience, through networks of stakeholders).

The quest for transformational resilience

Key indicators of a productive life are improved water quality and increased biodiversity, and socially, culturally, and economically vital communities.

Achieving “resilience”—in the sense of helping the river-city recover from disruption—will be a focus of the case studies. However, the RCM network seeks to go beyond the narrowly scientific and technical understandings of resilience that are commonplace in current theoretical and policy approaches. Through a combination of research, activism and pedagogy, the network promotes an expanded view of resilience that is “transformational”, in the sense that it acknowledges the longer-term, structural, and multi-faceted nature of disruption and recovery, encompassing climate adaptation needs as well as human, cultural, institutional and political dimensions. Moreover, the RCM network will approach the river-city nexus with an historical lens, mapping the story of each river-city over time, so that revitalization measures deployed can be better informed by past lessons.

Research on “transformational resilience” is still in its early stages, as is the application of this budding concept to practice. Each river-city case study in the RCM network will contribute its own context-specific insights. Exchanges and peer-to-peer support among the participating project teams will help to develop learning and pedagogy around this concept, for the benefit of the network partners as well as scholars and practitioners more broadly.

The River Cities as Method network started in early 2022 with a pilot project on the Xingu River and the river city of Altamira, in the Brazilian state of Pará. The International Principal Investigator for this Pilot is Satya Patchineelam. Go to the Pilot project »

Are you interested to join the “River Cities as Method” network, or do you have questions? Get in touch with Dr. Paul Rabé (Head of Cities programs at IIAS) at p.e.rabe@iias.nl or Satya Patchineelam (RCM academic advisor and International Principal Investigator for the RCM pilot project) at s.maia.patchineelam@iias.nl

Smith, A., & Stirling, A. (2010). The politics of social-ecological resilience and sustainable socio-technical transitions. Ecology and society, 15(1).

Call for expressions of interest 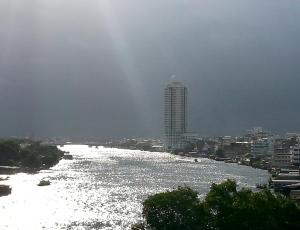 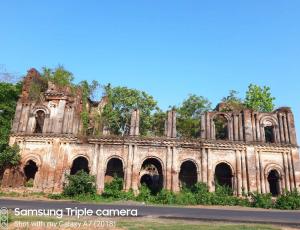