Dr. Mary Khatib is a lecturer in the Department of Geography at the State University of Zanzibar. Her dissertation, titled “A Changing Climate: Local Adaptations in Northern Coastal Communities’ Livelihoods of Unguja Island, Zanzibar,” examined the effects of the changing climate on local livelihoods highly dependent on coastal resource extraction in northern Unguja island, Zanzibar. She has partnered extensively with the government and NGOs on research projects related to climate change and livelihoods in Zanzibar.

Zanzibar is a small island state seeking rapid development and eradication of poverty, yet faces multiple stressors including climate change. To adapt to the impact of climate change in Zanzibar, an urban coastal ecosystem management approach is a preferred adaptation measure to climate change. Yet, given that the government plans to extract oil and gas from its coastal waters, this approach may work only if oil and gas will be operated ‘smart’ enough not to pollute marine and coastal resources. The search for oil and gas is in part aimed at enhancing employment opportunities for youth and eradicating poverty in the country. Over the last ten years, Tanzania (Mainland and Zanzibar) has done relatively well in its economic performance with a sustained economic growth of 6–7% per year, reaching middle low-income status. This growth is deceiving because the absolute number of the poor has not actually decreased. This paper examines this gap through the lens of urban Zanzibaris whose livelihoods depend on coastal resources—resources that are in turn dependent on climate variability, and vulnerable to the very interventions aimed at economic growth such as fossil fuel extraction. Drawing on interviews, surveys, and focus-group discussion among fishermen and seaweed farmers, we analyze local understandings of climate change and variability, strategies of livelihood adaptation and employment skills, and the effect of Islamic worldviews on urban youth and urban dwellers within the context of the new oil and gas initiatives.

Dr Issa Ziddy is an associate professor of religious education at the State University of Zanzibar (SUZA). He obtained his PhD in curriculum development & methodology of teaching from the International University of Africa in Khartoum, Sudan. He was a visiting scholar in Islamic studies at the University of Leipzig, Institute of Oriental Studies in Germany, Bayreuth University in Germany, and in Northwest College in Wyoming through the Fulbright Visiting Scholar Program.

Caitlyn Bolton is a PhD candidate in cultural anthropology at the Graduate Center of the City University of New York. Her research centers on transnational currents of Islamic reform, development, and knowledge exchange in Zanzibar and the Gulf. 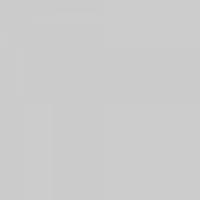